I’ve lost track of how long we’ve been working on the Kickstarter campaign for Honey Bomb. It feels like years. In truth, it’s probably only been a little over a month. Earlier this week, we submitted our campaign page to Kickstarter. A couple of days later we received their approval. Now, we’re in the tweaking stage, taking in advice and tips from the pros while raising awareness of our campaign.

Education has been ongoing with this project. Just yesterday, Sean and I participated in separate webinars on game development and manufacturing during the pandemic. Today, I’d like to share with you what I learned from the webinar I watched. It was hosted by pledge manager BackerKit and featured a Q&A interview with Jamey Stegmaier, owner of Stonemaier Games.

You know Jamey. He’s the one who brought us games like Scythe, Viticulture, Euphoria and Tapestry.
If you’re not familiar with Jamey, here’s what you need to know. He has two cats. That’s important! Cats are great testers of gravity, and it’s important to know how well game pieces fall. 😉 Seriously, he’s produced five games of his own, as well as five games by other people. And he had plenty to say.

When creating a new game, Jamey uses what he has around the house to mock something up: paper, cards, tape, glue, markers. The game doesn’t have to look pretty. It just needs to function. Once the game mechanics have been worked out, then he gets feedback from family, friends and coworkers. This is what he refers to as Local Playtesting. It’s always good practice to enlist others to give feedback, because everyone’s brains work differently. But! It’s important to stick to your social bubbles, and if that means only a few people give you feedback that’s better than nothing. What’s important is that the game functions before it’s dressed up. While he’s getting this initial feedback, he writes the rule book.

After the Local Playtesting comes Blind Playtesting. By this point, Jamey has a solid functioning game, a rule book, has figured out the aesthetic of the game, and has produced a prototype that will be close to the what the final product looks like. He uses one of two companies to produce these prototypes, Print & Play and The Game Crafter.

These prototypes are used for crowd-funding and are sent out to game reviewers and testers around the world, who play the game going off the rule book alone. When the testers are done, they provide feedback through a spreadsheet survey. Any further adjustments to the game are made based on the feedback in those surveys.

He’s used virtual platforms for playing board games remotely, specifically Tabletopia and Table Top Simulator. The great thing about these platforms is that you can upload your prototype and keep it private. One drawback is the hassle of digitizing your game and uploading the files. Another drawback, it can take twice as long to play a board game.

Jamey manufactures his games through Panda Games, a campus facility in China with an office in Vancouver, BC. The impact of the pandemic on the facility in China was minor. At the time, they were already shut down for Chinese New Year when the pandemic hit, and they made sure to implement safety protocols before any of the workers returned. As we’ve seen, some companies have slowed down, others are thriving, and some have shut down completely. 🙁

According to Jamey, now more than ever, he likes to wait as long as possible to have as many levels of certainty established before he releases a game. However, when you’re crowd-funding, there is a lot of uncertainty with the pre-production: file making, manufacturing, shipping costs, etc. So it’s really important to be upfront with you backers about everything, especially with fulfillment dates. Anything can happen, so its important to let everyone know that dates can change, even more so with the Pandemic potentially slowing the process down. Yes, shipping will be slower delivering that final game, but so will the manufacturing, since materials needed to make the game will need to be shipped to the facility.

Crowd-funding is a beast in itself, Sean and I can attest to that. And it’s easy to overlook little details. Jamey has this advice to offer:

Phew! A lot of great insights were jammed packed into that one hour webinar. I didn’t touch on all of them, but this should be enough for one blog post. We’re keeping them in mind as we finalized our campaign page at Kickstarter. If you’d like to join us for our launch on October 27th, then click here to see our pre-launch page.

For anyone completely new to game developing, I hope this article gives you an overview of Jamie’s process and a glimpse at what to keep in mind as we all navigate this pandemic. Board gaming was big before the pandemic hit, but sales have gone up since then as people who wouldn’t normally play a lot of games are struggling to figure out what to do besides turning into a mushroom watching Netflix. Developing games now is still possible, but keep this in mind. As a second wave of Covid-19 descends on us, people are limiting themselves to who they come into contact. We’ll need more games suited to 1-2 players. Now go make those games!

Kickstarter Advice: How To Avoid Overwhelm While Marketing Your Board Game 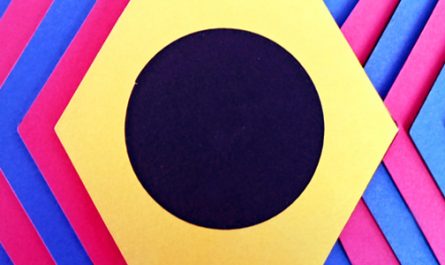 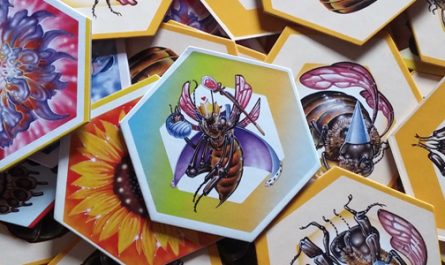