Hi All! And welcome back 🙂

This week, I thought I might take you on a bit of a journey, our journey really as we’ve created Honey Bomb over the last year and a bit. It’s amazing how the original concept, a simple idea really, has evolved and grown into a solid and mature game. It all started rather innocently one day…

I had the idea for Honey Bomb (at that time called Swarm) while I was working at my old day job as a stainless steel fabricator. It’s amazing what thoughts pop into your head as you work by yourself doing gently repetitive tasks that don’t require your full attention. I’d been looking for something to hook into, a bit of a calling if you will, something to jazz up my life and make it a bit more entertaining than where I found myself at the time. Enter Swarm!

It was a very simple construction: two players with 10 double sided hex tiles each and a center tile to build off. The goal? Defeat your opponent by sandwiching his/her pieces and flipping them over to your own; have more tiles face up than your opponent by the end of the game. C’est la! (that’s it).

Sabrina, Kitty and I had already discussed and put to bed one other idea (a macabre 20 questions party game which we felt had little replayability so we shelved it) but the concept of Swarm went over with flying colours. We discussed it with avid enthusiasm and I made copious notes in my Little Book of Big Ideas…then we promptly forgot about it.

Until a month later that is when, for reasons other than Swarm, we found ourselves at Sabrina’s house and the game concept came up again. This time though, instead of waiting to get started, we got to work! Sabrina suggested that we bang out a prototype of the initial concept there and then on her Cricut cutting machine and that’s exactly what we did! Board and paper flew mixed in with dabs of glue and excitement and in short order we had a prototype in hand; Honey Bomb iteration 1.

Kitty and I promptly took it home, worked out that the main ‘capture’ mechanic of the game worked very well indeed and proceeded to play several games to repeat the experiment and understand the concept better. It worked time and again, no problems!

A week later we were back at Sabrina’s house and we demonstrated the game for her. That was went the excitement party started! To say the energy in the room went from a 3 to a 10 would be an understatement. It was pretty obvious that the game play was a little fast using only 20 tiles and that the mechanics of building in long lines over and over again was going to be repetitive and dull in short order. That was went Sabrina and Kit started throwing out all kinds of ideas for how we could jazz up Swarm.

The game needed new ways of capturing your opponents pieces. “How about a tile that captures tiles in a ring?” It also needed a way to defend against your opponent. “How about a tile that blocks any tiles that touch it from being flipped?” The ideas came fast and furious and again, copious notes were made on how we could continue to develop the concept of Swarm. We put a plan together and in the wee hours Sabrina and her Cricut worked feverishly to create the parts that would become Swarm 2.0!

A week later, we got together and had an assembly party for our new prototype deck. This time around we had created 40 double sided playing tiles (20 per player) and a whole host of colour coded modifier tiles which would evolve into the Specialty tiles that Honey Bomb comes with today. Again, the energy around the game was palpable and so invigorating that in retrospect, I can’t believe we waited so long to develop a tabletop game!

Once we had this game pack in hand we went to town test playing the new mechanics over and over and over again! You’d think that being a game tester would be a fantastic job, fun and excitement ad infinitum! but playing something over and again just to see if you can break it can get a bit monotonous and long winded. I now understand all those articles that say being a video game tester is not as much fun as it sounds 😉 Suffice to say, Sabrina, Kit and I took all that punishment upon our shoulders so you didn’t have to 😉 and ultimately we reworked the mechanics of every card until we felt we had a concept that we could bring to test players.

While we were refining the mechanics of Swarm 2.0 I was working in my studio creating the artwork that would eventually grace the tiles. I did them traditionally in acrylic paint and they took a lot longer than I thought they would (we’re going digital for the next game!) At the same time, Kitty was mulling over what to rename our game since the title Swarm no longer seemed to fit the evolution of the concept. Honey Bomb was a name that came up and, with much enthusiam, we renamed our baby!

Once the artwork was completed, we digitized all the art and Kitty put together the jpg’s that we would eventually send out to a manufacturer to have some ‘professional’ prototypes made. We settled on Print and Play out of Washington state and ordered 16 copies of Honey Bomb. I was the one who set the number of copies at 16 thinking that, if we could assemble enough test players, we could do a tournament and really test play Honey Bomb in a glorious night of furious game play…with prizes! And we almost did! I was chatting with a gaming group our of Rockton who had almost enough players to make that goal a reality. Alas, Covid 19 struck and all those delirious plans were cancelled (insert sad trombone music here – more on that later).

Ah! Look at all that luscious, entertaining cardboard!

We feverishly awaited our prototypes and when they arrived in the mail we were SOOOO excited! And then…we deflated. The prototypes did not look quite as slick as we’d hoped they would. Let me explain.

We went with Print and Play out of Washington state because they use a mechanical means to create their tiles. Other manufacturers such as The Game Crafter use a laser technique and warn that their tiles may smell of burnt wood when first opened. That was something we wanted to avoid so, Print and Play it was. Unfortunately, their tiles came with a warning as well; registration might be off as much as 2 millimetres. Now, that doesn’t sound like a lot but, after examining the tiles upon arrival, 2 millimetres was enough to completely siphon off our enthusiasm for our third iteration of Honey Bomb.

The registration was off and not just on a handful of tiles, but on almost all of them. In fact, it was off so badly that it made our designs look terrible. We had initially wanted to contrast the tiles by giving them a border of each others background colour. We thought the beige / gold / beige / gold visual of the tiles laid side by side would be a wonderful visual effect but, with the registration being so poor it made us realize that our final designs would have to be border free if we wanted to avoid a repeat with our professional production run. Any who…

We received our 16 test packs, shrugged off the registration snafu and moved on to the test phase of Honey Bomb. After all, that was why we bought them. We were able to get in a test night at our local library, another at Board Game Central game shop in Hamilton and Mancala Monk (same day! Thanks Matt), a very well stocked board game cafe also in Hamilton. To our amazement, no one seemed too concerned with the registration issue of the tiles. They were more into the mechanics and the game play than anything else. Phew!

We were lining up a test evening at another game cafe here in Hespeler, Ontario, Press Play Games and I’d contacted a board game group with a dozen or so members out of Rockton to assist us with a mini-tournament as well. The library was on board for another night of test play fun and we were just about to approach The Round Table in Waterloo when the Covid 19 lockdown came into effect and shut all of our Honey Bomb test days down for good. Yeesh! Nothing like a pandemic to ruin the party!

Well…with no other option, we took the feedback we’d received from the people who’d generously given their time to test play Honey Bomb and made changes to our tile designs. We decided to lose the border design element due to the aforementioned registration issues, rounded the corners on the tiles to make them easier to pick up, added a honeycomb pattern to The Worker Bee tiles for those dealing with colour blindness, changed the colour of The Bear tile from red to grey so the bear image would ‘pop’ visually AND we added another element to the game, Bear Paw tokens for marking the tiles affected by The Bear tile.

After all those changes were completed (mostly done by Kitty – thank you my love!) we turned to Sabrina, her printer and a number of sticky backed printer sheets in order to create a ‘skin’ for our fourth iteration of Honey Bomb. With an afternoon or two of cutting and snipping / peeling and sticking and the sacrifice of one of our third generation Honey Bomb prototypes, we had our fourth and final (hopefully!) prototype in hand!

There she is! Not perfect, but workable 🙂

Although our re-skinning didn’t come with rounded corners and the sticky backed printer paper we used is matte rather than semi-gloss, this version of Honey Bomb is very close to what our production run of the game will look like. The colours came out quite close to our digital designs and we’re now able to use this final prototype to shoot some game play videos that will grace our kickstarter which is coming soon! (Not pictured, 24 Bear Paw tokens although we have created some for ten tester packs that we’re slowly disseminating.)

And there you have it, the journey of a prototype from a simple idea to a fully fleshed out game which we, your Ramstar Games team, know people will really enjoy because, let’s face it, Honey Bomb is an enjoyable game 😉 We hope it will become a staple for game nights again and again once we Kickstart successfully.

I hope you enjoyed the journey our game took to become what it is today. You’ll be happy to know we’ve given out some of our third generation prototypes to new reviewers in Canada and the U.S. and who knows, maybe there will still be some subtle changes before we go to the manufacturer with finalized designs (?) We shall see! 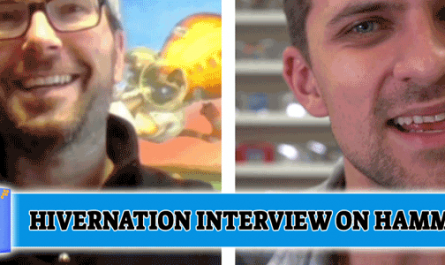 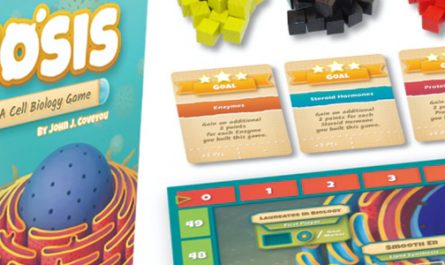 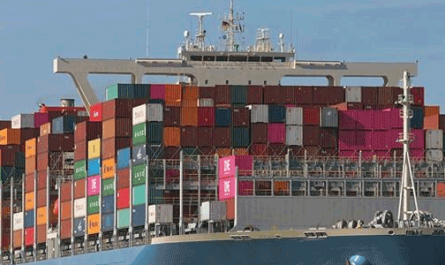