There is sooooo much to think about when designing your own game. From the look of it, to the story of it, to the mechanics of it, how you’re going to package it and what the rules are…there really is sooooo much to think about when creating a tabletop game. Who is this game for? Where are you going to find them? Have you test played the concept enough to hone it to a fine, sharp point? Is it ready?

Sooooo much to think about.

But for now, let’s assume that you’ve gone through the arduous task of creating your tabletop masterpiece and it’s time to present it to the world. The next big hurdle is of course, your Kickstarter campaign and what it’s going to look like. (If you’re heading down the Kickstarter path that is. If not, then there is probably a cat in your life that could use some quality play time right about now. Go get ’em!)

BE FOREWARNED! Kickstarter is a monster! It has almost as many moving pieces as your game does. It is not an undertaking that should be entered into lightly or easily. This is serious stuff folks. It took our team about a month to put our Kickstarter together and it came with a lot of learning, a lot of rework, and a lot of polishing. In the end, we still felt it wasn’t ready to go, so we postponed the launch of Honey Bomb until Spring 2021.

It is my earnest wish with this article to assist you with navigating some of the headaches we came up against by pointing you at some really robust online resources that will help you to navigate the quagmire that is Kickstarter. With that in mind, here are 3 free online resources that you can access to help give your Kickstarter campaign its best chance at succeeding.

START HERE. This is a great place to begin looking for help when in the planning stages of your Kickstarter campaign.

What can I say about the Stonemaier Games blog except, WOW! What an incredible resource for Kickstarter advice. I really hope that you don’t know about it so that I can be the one to blow your mind when you see it.

There are hundreds of articles posted to the blog by Jamey Stegmaier about his experiences through the Kickstarter-verse. From Euphoria to Scythe, Jamey’s been at this for a while so his articles cover every topic imaginable, from what should be on your Kickstarter page, to step by step timelines, shipping questions, behavioural psychology, review copies and other resources external to Stonemaier Games. These articles are intended to help you bring every aspect of your Kickstarter campaign into sharp focus. They’re even broken down by campaign steps into Pre-Launch, During Your Campaign and After Your Campaign categories.

I cruised this resource avidly while pre-planning our Kickstarter and, of course, during its construction. So many great ideas to incorporate; so many pitfalls to avoid.

If you don’t believe me, slide on over to Stonemaier Games and check out their Kickstarter blog here. There’s a very good chance that the question you have on your mind has been written about by Jamey. If you can’t find an answer to your question then you’re probably not looking hard enough.

This is a great resource and we should all be thanking Jamey for making it available to us for free. (I wonder if he’d appreciate a fruit basket this Christmas?)

This is another invaluable resource that helped us to realize that Honey Bomb wasn’t ready yet to be released.

I popped into these groups, more specifically the Tabletop Game Kickstarter Advice group, a few weeks before we decided to launch and the feedback we got from the knowledgeable folks inside the group was just incredible. I had questions. They had answers. And many of the suggestions I received as solutions were for options I hadn’t even considered yet. The doors that were opened by these simple conversations were amazing. My only regret is that I hadn’t done this two months prior to our launch. If we’d known a few months back the troubles we were facing, we may have had enough time to retool the campaign for a fall 2020 launch.

Now for the disclaimer.

Be strong and be ready for some real talk.

The group(s) you’re chatting too will have some strong opinions about your campaign page, and they may not be the ones you want to hear, but hear them you must. You had people test play your game to make it great, and now it’s time to let people test play your campaign page. They will find errors and flaws or make suggestions that are designed to make your campaign shine like the beautiful gem that it so desperately deserves to be, but these admissions may not always be easy to hear. Take what they say as constructive criticism and see if their suggestions resonate with you. It’s up to you to act on the info or not.

In truth, a lot of the advice we received was a little on the harsh side, but I’m pretty sure most of it was intended as constructive criticism. After examining the comments we received, we took and used most of it. To give you an example, someone noted that one of our game play instruction graphics had a redundancy in it. I ignored that. Still, many, many people said our shipping solution was untenable and was going to turn backers away from pledging. This we did listen to and it’s one of the main reasons that we postponed the launch.

The best part of my chats on these Facebook groups was the opportunity to talk directly with Gary Alaka from Gap Closer Games, the makers of Rival Restaurants and producers of two very successful Kickstarter campaigns (here and here). Gary had some of the best advice on our preview link, and he checked it over several times as I made changes. When I had more questions than time to type, I reached out to Gary directly. He delighted me when he agreed to talk live. We fired up messenger, got in contact and for two hours we chatted about Kickstarter campaigns, fulfillment companies and board game manufacturers with Gary. It was awesome! (Thanks Gary 🙂 )

Facebook Kickstarter groups are where you want to go when you’re ready for the human element to interact with your campaign page. There’s an amazing amount of knowledge floating around out there and people are willing to give it to your for free. And the great thing about interacting with real people is that their info is pretty much up to date, unlike a blog post that may be several years old. Take advantage of it.

SOMETHING NEW TO CHECK OUT.

“What do you mean you don’t know about board game geek? Yeesh. Noob.”

Just kidding. But in all honesty I had never heard of Board Game Geek (BGG) either until I got involved with Honey Bomb. Since first being introduced to the group, I’ve crawled all over their website and had a good look at what they offer. There are directories of games listed on the site of all kinds, forums dedicated to discussing and learning about games, reviews, videos, podcasts about games and then more about games and games and games! Phew! In fact, BGG likes to tout itself as the biggest online resource for documenting the world of gaming. Period.

This is another possible opportunity to get feedback on your campaign page. They have a whole section of forums under the Board Game Design tab where you could easily post up your call for help and see who salutes. Of course, before you can, you have to sign up for an account, but it’s pretty painless and allows you access to a very lively and engaged community.

Now for the disclaimer.

I never posted the link to our preview page anywhere on BGG so I’m not sure what kind of response it would have received . From the few similar posts I checked in on and perused, the comments seemed to be fair and reasonable; constructive criticism over trolling. Also, although these are forums aimed at offering help to creators, I’m not sure how many people are on BGG to actually offer help so the response may be a little thin. People who belong to the Tabletop Game Kickstarter Advice group mentioned above belong to that group for one specific reason. The members of BGG may not be as focused. That’s why this suggestion is third on the list, not because it isn’t as robust, but because I personally didn’t test it out and can’t advise accordingly. But it’s there. And now you know about it.

So there you have it, 3 online resources that will help you to get advice as you build and hone your Kickstarter campaign. I hope that these suggestions lead you to some great advice and a very positive outcome for your campaign 🙂 If anything here does help you, please come back, link your Kickstarter campaign in the comments below, and tell us how it went. We’d love to hear about your great success! 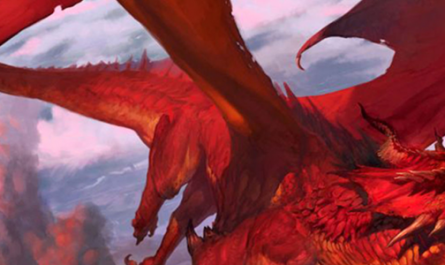 For the Love of RPG’s! 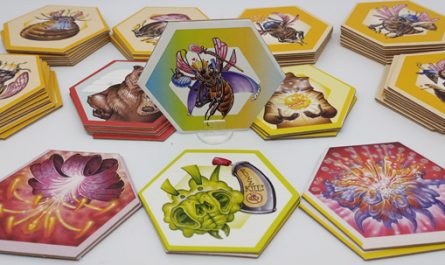 The evolution of a prototype 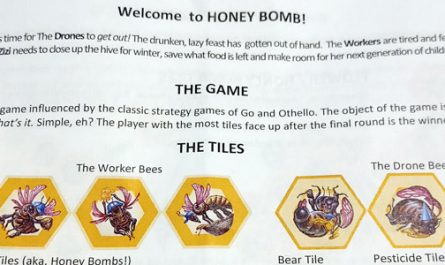